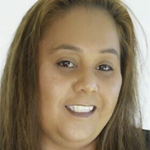 GAYNORANN SIATAGA
The Raymond Shonholtz Visionary Peacemaker Award
Gaynorann is a Pacific Islander of mixed descent and a native of San Francisco. She has worked in the community for over 25 years. She has been a leader, volunteer, first responder, advocate, organizer, speaker, representative, and expert in the field of Pacific Islander and BIPOC needs. Gaynorann’s mission is to advocate in spaces that make decisions on issues that impact the community and to mobilize, organize, and empower people facing disparities. She is a shaker and mover, but you would never know because of her humility and service approach to her work. Learn more about Gaynorann. 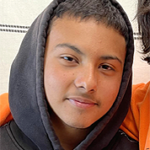 MARVIN LINARES HERRERA
The Gail Sadalla Rising Peacemaker Award
Marvin just turned 15. He attends Martin Luther King, Jr. Middle School in the Portola and lives in the Bayview. Originally from Guatemala, Marvin immigrated when he was 6 years old. He has led 20 Restorative Mediations this year alone. Throughout the pandemic, he helped to spearhead his school’s Change Project over Zoom. He is now a key leader of his schools Peer Mentoring Program, having been one of the founding members who created it, and currently has taken on a mentee to work one-on-one to address their very specific needs. Learn more about Marvin. 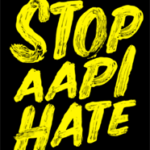 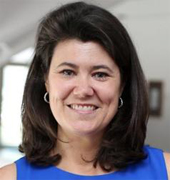 We are thrilled to welcome Julia Roig as the featured workshop leader at Community Boards’ 12th Annual Peacemaker Awards Celebration. For the past 30 years Julia has been deeply involved with impactful international peace-building initiatives. From 2008, she had been working as the President and CEO of one of the preeminent international democracy and peacebuilding organizations, Partners for Democratic Change (now PartnersGlobal) in Washington DC. PartnersGlobal, created by Community Boards’ founder Raymond Shonholtz, advances civil society, good governance, cultures of change, and conflict management in Europe, the Americas, the Middle East, and Africa. Julia is the current board chair of the Alliance for Peacebuilding and is the intellectual architect behind cutting-edge work on Narratives for Peace that just launched the results of a three-year social science research effort in partnership with the Frameworks Institute to uncover framing strategies to communicate more effectively to the US public about peace and peace-building. Learn more about Julia and The Horizons Project here.